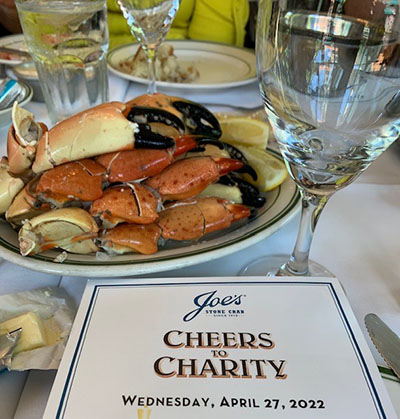 MIAMI BEACH | Cheers to Charity marked its 10th anniversary April 27, 2022, with 350 parishioners, clergy and staff and gathering at the iconic Joe’s Stone Crab for good food, good fun and a good cause.

The money raised by the fundraiser, which was launched in 2012, has benefited the charitable works of the Archdiocese of Miami that serve those most in need. This year, Cheers raised over $188,000, for a grand total of $1,065,146 over the last decade.

“The event sold out in three days this year, with more $5,000 and $10,000 sponsors than ever,” said Katie Blanco Bourdeau, president of the archdiocese’s Development Corporation. “I think it is so popular because it is a win-win from every perspective. Great cause, great location, great atmosphere, a great way to gather as a community but also, as a table sponsor, with your friends and family.”

Watch for information on next year’s Cheers to Charity around February 2023 on the Development Office’s website.

Another fun fundraising event, the annual Havana Nights, is scheduled for Thursday, May 12, from 6:30 to 9 p.m. at the American Museum of the Cuban Diaspora, 1200 Coral Way in Miami.

Tickets are $50 or $500 for a domino table sponsorship, which includes four guests and a reserved domino table. Proceeds benefit the Unaccompanied Minors Program of Catholic Charities. 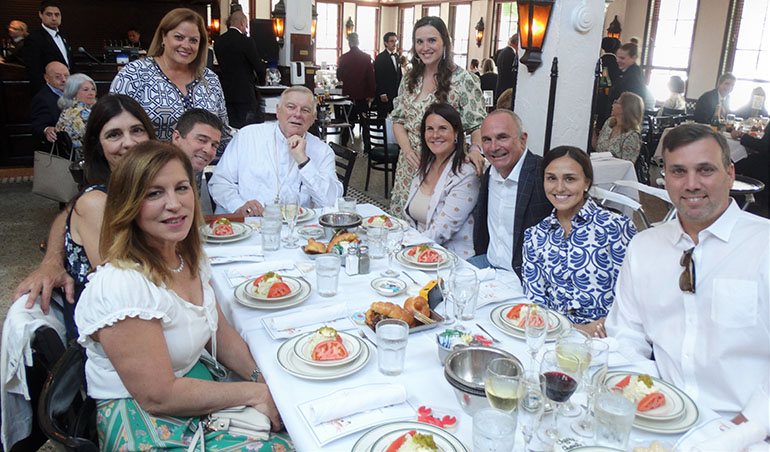