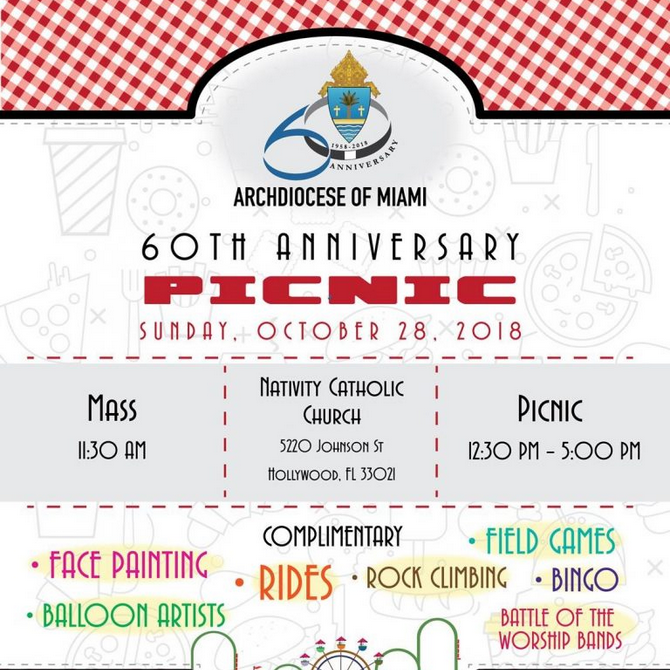 Praise the Lord and pass the burgers

HOLLYWOOD | How to celebrate the archdiocese’s six decades? Try a picnic.
That’s what archdiocesan officials decided in throwing a mega-family celebration for the 60th anniversary of the archdiocese. The picnic was held Oct. 28 at Nativity Church.
“The universal Church is more than liturgy,” said Katie Blanco Bourdeau, chief development officer for the archdiocese. “It’s also family and community.”
About 1,000 people agreed with her, attending the event from several parishes. Burgers, Bingo, carnival rides and Christian rock blended easily with Mass and prayers at the six-hour event.
Under Nativity’s towering, 35-foot stained-glass windows, Archbishop Thomas Wenski, the main Mass celebrant, set a light-hearted but sincere tone for the 800 worshipers.
“In a Church that is almost 2,000 years old, 60 years might not seem like a long time,” he said. “But here in South Florida — where everything seems like it was built just yesterday — 60 years is something to celebrate.”[foogallery id=”5971″] 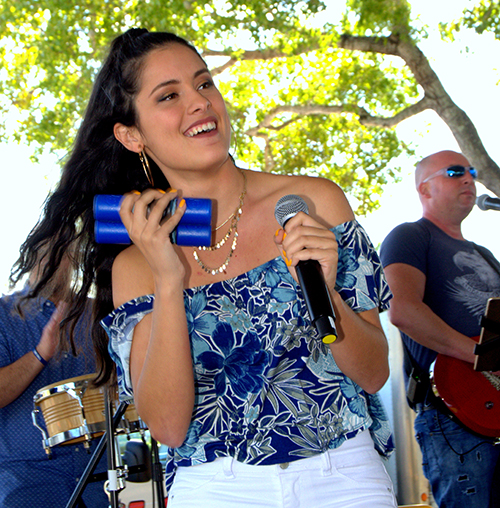 Photographer: JIM DAVIS | FC A member of The Call performs during the archdiocese’s 60th anniversary picnic at Nativity Church in Hollywood. 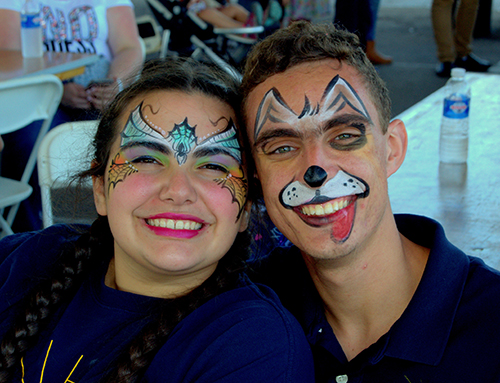 Photographer: JIM DAVIS | FC Jane Negreira and Danny Mato compare the archdiocesan Encuentros Juveniles ministry, in which they are leaders, to the archdiocese’s 60th anniversary picnic at Nativity Church in Hollywood. 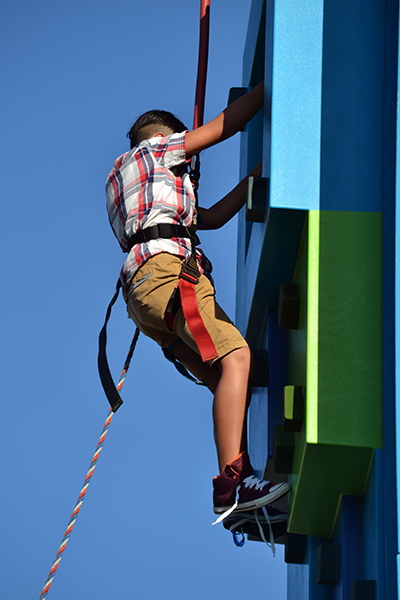 He also remarked on the favorable weather, with cloudy but rain-free skies and temperature in the low 80s.

“It’s a beautiful day for a picnic, and a beautiful day for a bike ride,” said the archbishop, who came to the event on his black Harley-Davidson Street Glide motorcycle.
He added, tongue in cheek, “And the Dolphins aren’t playing.”
After Mass, churchgoers found a variety of activities awaiting them at the grounds and buildings of Nativity School. Parents put their kids on a slide, whirling tubs, a climbing wall and a pint-size Ferris wheel. A face painter did a brisk business, with teenagers as well as children.
Older kids tried their skills at throwing hoops, lobbing softballs into a milk can or passing footballs through a ring. And for older adults, there was the parish standby of Bingo.
Best attended was the Battle of the Bands. Under Nativity School’s spacious outdoor shelter, said to be the largest in the archdiocese, 500 people heard rock, pop, folk, funk, electronic and Latin dance music — all by young Catholics.
Seven bands performed, including EPIC, The Call, SOFLO, Heart & Soul, Finding Paradise, Soldiers of Mercy and Alianza Nativity. But although they competed, some of the musicians spelled out higher goals.
“To bring modern-sounding Christian music —  music worth listening to — is a blessing,” said Daniel Rodriguez of EPIC. “It’s what we were made for.”
Echoing the sentiments was Ricardo Hermida of Soldiers of Mercy, an inter-parish youth group. “We didn’t come to win. We just came to praise the Lord.”
However, the Soldiers and other bands did come with their own fans, wearing specially marked T-shirts and cheering wildly.
“As Catholics, we’re supposed to do something — what is it?” Jason Ruiz, lead singer for Soldiers of Mercy, asked the crowd.
He answered his own question: “We are called to save souls. Say it with me!” And the crowd boomed his words back.
Listening at a table in front were four judges, who picked Soldiers of Mercy as winners. The group got a trophy and $250 for the Guitar Center music store. The other six groups were given $25 each for the Guitar Center.
Marjorie Austin heard about the picnic just the previous day and brought two children from her parish, St. Malachy in Tamarac, where she runs a ministry to the young. “They seem to enjoy it as well,” she said of the children.
Although the concert naturally attracted younger ears, older parishioners attended the picnic as well. Vinny Murphy, who has been attending Nativity for two years, said she was planning to volunteer at a picnic booth.
“It’s being around other people that’ll give you life,” said Murphy, 87.
Jane Negreira and Danny Mato saw an overlap with Encuentros Juveniles, the archdiocesan ministry in which they are both leaders.
“This is family, like at Encuentro,” said Negreira, 18, who attends St. Catherine of Siena parish in Miami. “It’s brothers and sisters all together.”
Mato, 19, of St. Timothy Church, also in Miami, agreed. “It’s important to come together, no matter how old you are. This diocese is where we live.”
Therese Lantigua, a graduate with a history major from the University of Central Florida, noted the comparative youthfulness of the archdiocese.
“We’re babies compared to places like Boston or New York or Baltimore,” said Lantigua, a parishioner at St. Mark in Southwest Ranches. “But that makes us fresher, more vigorous, because we’re still living it out. Young people are making it more innovative.”
Correction: An error was made in the quoting Jane Negreira and Danny Mato. They are actually leaders in the Encuentros Juveniles ministry of the archdiocese.

Photographer: JIM DAVIS | FC Soldiers of Mercy shows off the trophy it won at the Battle of the Bands during the archdiocese’s 60th anniversary picnic at Nativity Church in Hollywood.